Aerial Drone Shooting and editing commercial and residential real estate is one of our specialties.

We understand that sometimes a standard video edit, or simple photo footage is not enough to peak a potential client’s interest…

So we specialize in editing your videos with custom “callouts” and high end creative graphics to establish neighboring properties and businesses, local demographics and info a high end video that will compel your audience. 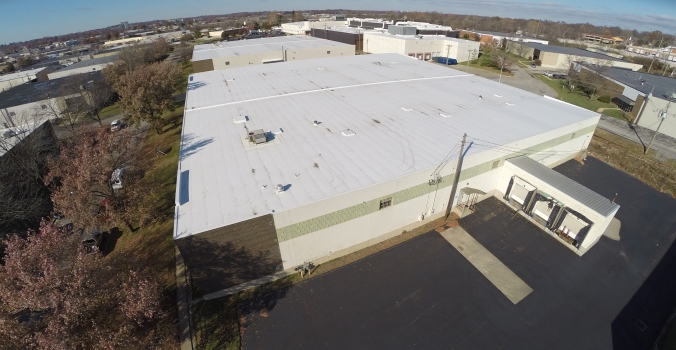 We can capture footage both inside and from the air. We can also make orthomosaic maps of the property with an astonishing level of detail.

Many of our first jobs were residential real estate listings, combing the brokerages around town, looking for those first jobs as drone pilots.

We’ve got packages to fit whatever your marketing budget may be.

We often are called upon to shoot for producers around the country for St Louis Aerial Footage.  So we have to do it creatively and properly.  We know the best times and the safest areas for best visual advantages.  We are licensed and fully insured.   We’ve shot for CNN, CBS, TBS, NBC and other large and small broadcasters.  We’ve shot hundreds of segments for documentaries and programs about St Louis.  And yes, we’re approved to shoot at night as well.  We can help you too! 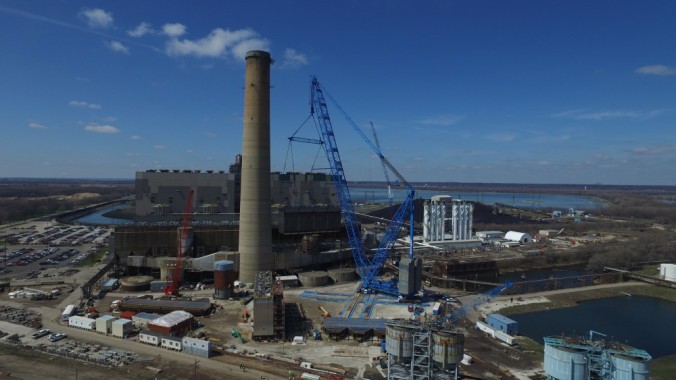 Dave Topping and Rob Haller shot aerial video production and still photography for a full day in Pekin Illinois.  We utilized the Inspire Drone with 4K video camera resolution and 12 MP still images.  And no, those clouds appearing as smoke from the stack were captured in real time and not added later.  Sometimes a lucky photographer is the best to hire, LOL.

MC Industrial, Inc. has been selected by NRG, a Fortune 250 utility leader, for environmental upgrades at the Powerton Generating Station in Pekin, IL, a 1536 MW plant with the capacity to power more than 1.2 million average homes. The plant upgrades are a part of NRG’s  investment to modernize its Illinois coal fleet and dramatically reduce emissions.

Along with the AQCS retrofit, the second upgrade involves an Ash Handling and Precipitator Installation project. With the goal of meeting an aggressive outage window, MC Industrial is performing a prefabricated modules ground strategy utilizing a 2,500-ton crane to support the installation.

St Louis Drones offers the finest in high-resolution oblique aerial photography.   We combine attractive lighting with a pleasing perspective and  professional equipment to capture exceptional aerial photographs.   My post-production edits, are normally very subtle and are essential to a superior final product.  Here is a beautiful shot of the GM Plant in Wentzville, Missouri near St Louis.

We had a beautiful day for shooting some great images for Nestle Purina PetCare!  Thank You!

For safety and quality, we shoot with a two-man crew, and we are fully insured. We adhere to FAA guidelines. Our pilot always keeps visual contact with the drone, while our navigator guides and directs the shot. Our Video clips are really High Definition HD at 4K and positively stable! Still jpg images are 12 megapixel HD. All media is digital for universal media acceptance and loaded to dropbox for your convenience.

Nestlé Purina’s commitment to pet welfare is about envisioning, as a team, what they can do to enrich the lives of pets and the people who love them. It’s about partnering with local organizations that support pets AND people to accomplish something bigger. And it’s about having unconditional support from the bottom up and from the top down to take initiative within their communities. 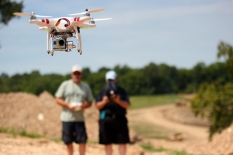 Our gear, like our crew, is top of the line. We can provide the tools you need for the shots you require.
DJI Phantom with GoPro Camera
DJI Inspire with 4K Camera
S900 with Sony Camera
S1000 with 5D Camera
Dragon Red Epic Camera


ST. LOUIS (KTVI) – The FAA last week decided to allow commercial use of drones under strict guidelines. The decision has been in the works since 2005 and still needs final approval. Current rules for drones are to fly for recreation. If commercial you need a pilot’s license. The new FAA rules allow for drones under 55 pounds, you must fly below 500 feet, further than 5 miles from an airport and not directly overhead of people. You must maintain constant visual line of site with the drone.

Haller Concepts of South County is already using drones from commercial photography and video. Safety is the most important aspect for Haller. They always use a two-man crew. One person operates the drone and keeps constant line of sight while the other watches the shot and directs the operator. Haller and many others like them will get their certificate of authorization.

Technology is far outpacing government rules. Law enforcement across the country are interested in using drones. St. Louis Police have asked for permission from the FAA. Groups like drone free St. Louis are opposed to police drones. They want strict privacy rules from the government.

Right now, the new ruling does not allow for companies like Amazon to begin delivering packages using a GPS drone. Line of sight is still required. It may take a year or two for the new FAA rules to be fully implemented.

Every flight shows us something new, but our keen creative vision remains the same We provide creative, effective and timely aerial services in a safe, respectful and professional manner, one positive client experience at a time! This clip was for Cushman and Wakefield Commercial Dalphen. We shot numerous stills and video clips to showcase the geographic footprint of the property. 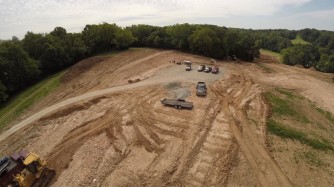 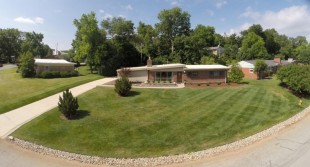 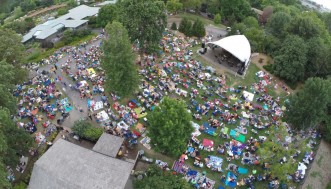 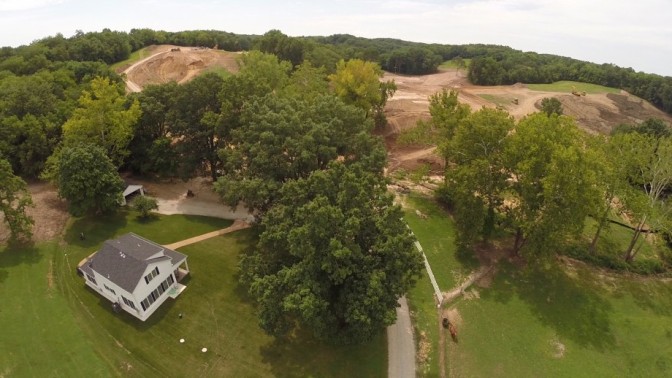 The list of new aerial capabilities is growing fast. With many years of building, flying and filming with manned helicopters and Drones St Louis Drones is a foremost industry leader. The sure premium provider in St Louis and the Missouri region demonstrations with an extensive client list of advertising clients, media gurus, developers and high end fortune 500 clients. Few aerial companies posses the knowledge and in depth years of experience needed to fly safely and effectively the first time. With surpassing expertise operating in urban and suburban environments our pilots operate our film drones on location. Safety comes first and equipment is triple checked. We are fully insured so you can rest assured you’re covered.

Ready for takeoff and focusing on the big picture!